Most Common Mistakes Men Make in a Relationship Skip to content
Order Now and get FREE Shipping
Have you made a mistake in your relationships? Relationships can be complicated, confusing, and downright weird. We're not always sure what we should do or how to act.
As most humans, we tend to think to know best and, men are no exception. Most men think they know how to treat a woman.
But thinking is not the same as knowing, and by being overconfident in our beliefs we can make a lot of mistakes, and there are some common mistakes men make in their relationships.
So, if you want to avoid making the same mistakes over and over again, take a look at what happens when you make these relationship mistakes.
Of course, when you are reading this, not all mistakes might apply to your relationship, but it is worth noting, what to avoid in the future.
And remember, no one is perfect – men and women make mistakes (see the most common mistakes women do in a relationship here), so take these suggestions as a guideline to reflect on and to become a better partner, not as something to as by all means needs fixing.
According to several studies and surveys, women who date men that have similar traits we have listed here, are more likely to break-up with them, so it is best to learn how to avoid them!

*Tips are sorted in no particular order and can be done separately.

The Most Common Mistakes Men Make in a Relationship

The number one mistake men make when dating is confusing what a woman wants from a relationship with what she needs from a relationship.
Often a man thinks he can get a woman if he’s a nice guy. Or he thinks gifts will “buy” her affection.
And it is understandable to think that, because it is something we see in movies, and on top of that we are sure you have heard at least a few women say that they want a nice guy, who would bury them in gifts and flowers.
But in the reality both these notions are incorrect. Men need to learn that what women want isn’t necessarily what they need.
Most women aren’t interested in being treated like an object, nor are they looking for a man who’s a provider. Rather, they’re looking for a man who understands them and shares their vision of the future.
The tricky part – understanding, what your woman wants. And, yes, it is not easy, but in the end it will make your life easier and happier. So, listen and try to interpret her wants and needs.

A major relationship mistake that men make is putting their partner down, and this can be done in subtle and not-so-subtle ways.
This happens more often than you think. Women are sensitive and intuitive, and when a man puts them down, they can sense it.
Yes, there is the intentional blaming-game, which can happen in a relationship, but that is a trait of a toxic relationship and is a different topic. Read here about how a toxic relationship can be healed.
But the truth is, men often put down their woman unintentionally.
Women and men think differently, and they absorb information differently, so it is easy to offend the woman you are dating just by saying something you think is OK, but that actually isn’t.
If you are a man reading this, you might relate – it is a common situation, when a man says something, he thinks is innocent, the woman gets upset or angry. And men just don’t understand what happened.
What probably happened is that the men used some wording that is just upsetting to the woman. There are thousands, if not millions of ways to say something that just don’t align with both of your values.
Although you cannot just know what might offend your woman, learn. First, talk it out with your woman and each time you get into an argument, try to remember the things that offender her. Then avoid these topics in the future. 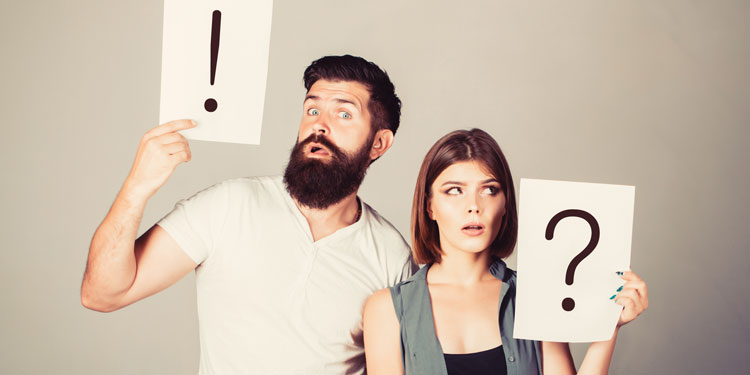 For men this can sound illogical, even crazy, but yes, being too honest can be a mistake that lead to many problems to your relationship.
Yes, honesty is very, very important in a healthy relationship, but there are things that should be kept privately. Your woman does not need to know everything about you. Some mystery also can come in handy.
There probably are some things in your past that does not matter in the present but might upset your woman. Or when doing something stupid – don’t rush telling her that.
Think, is this something that needs to be told. Is it important enough to potentially upset your woman?

But in contrary to the previous mistake don’t mistake this with lying or being secretive.

Lying or intentionally withholding important things from your partner is not a good idea – either you are a man or woman.
By lying about something important, we are just making the problem bigger. If we are lying, that means something bad happened, and something bad that we feel ashamed of.
This creates a tension between you and can lead to more problems – her finding it out. You doing the thing over and over, and then getting used to lying and so on.
So yes, it is important to be honest, but not too honest. It's important to learn how to be a little more diplomatic, and to pick your battles wisely.

Not treating her as an equal

We know that men and women are not the same and have many differences. It can be in their values, and the way they think, but it can be something more tangible as being physically stronger or having a big disparity in making money.
When it comes to relationships, though, the truth is that although each of us have different needs, expectations, and needs when it comes to our partners, we should be on an equal level.
It’s just human nature that we want to be treated with equal respect and importance. Remember that if you are superior in one field, that does not mean your partner is not superior in others.
A healthy relationship is where both partners bring somethings to the table, and that their differences make them both stronger and happier. 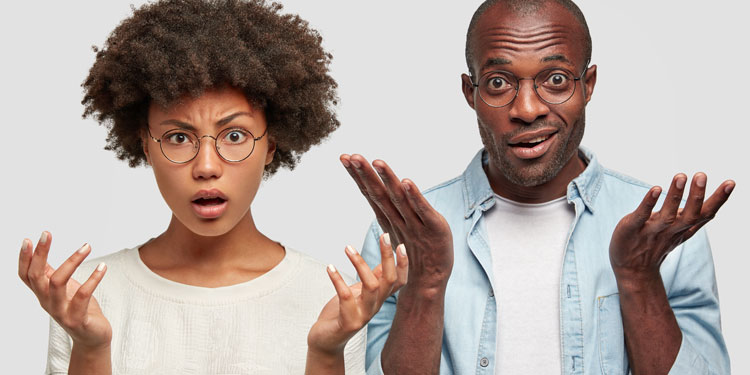 Forgetting you are on the same team

Many men think of their partners in terms of what they want, and how they feel about them.
And while it’s important to recognize your own wants and needs, remember that you are together with another human being that also have their unique wants and needs.
So, you both should try to help each other. Listen to their problems, understand their beliefs, bring your own share of things to the table.
Don’t undermine your partner’s needs just because they don’t align with yours. Instead, act as a team that supports each other and you’ll both benefit if you’re working together to build a better future for your relationship and family.

Not always but usually women are the more emotional part of the equation in the relationship and that means it is important to know how to respect and acknowledge their feelings. Often this is missed.
It's because they’re either too busy to focus on her or they’re just lazy or lack empathy. If you want to keep your marriage strong, then take the time to pay attention to your woman.
Here are some things to remember: Don't be afraid to ask her what’s wrong, and don’t be afraid to listen to her. A good relationship is built on communication and trust. Give her a hug, kiss, and make sure she knows you care about her. 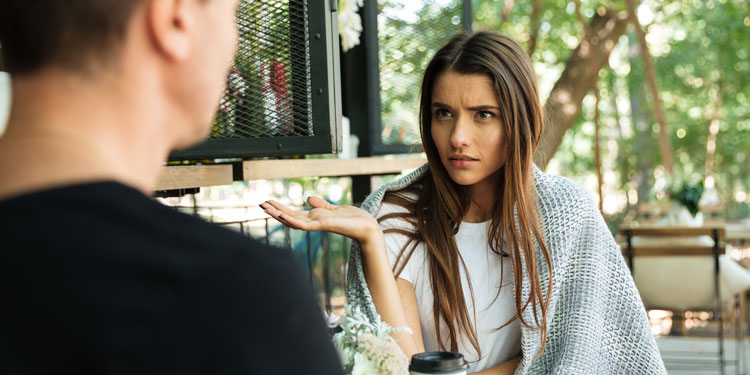 Confidence is an important quality that women like to see in their man. Through confidence you can gain affection and desire.
This means that it is best to learn to deal with your insecurities. If you don’t learn how to control your insecurities, it might be a big letdown for your partner.
This does not mean that you must be some sort of alfa male that is not afraid of anything and knows everything.
Quite the opposite – that means you should be able to know what you want, express your needs and when you do something, don’t doubt yourself.

Not respecting her boundaries

This is a mistake that is often made by both sexes, but the expression of this mistake differs.
When women address this, they say that the biggest mistake men make in relationships is being too needy or controlling.
So, you have to know how to give her and yourself space and time to think about your options, especially if you’re in a relationship with someone who you want to be your soulmate. You don’t have to be together 24/7.
If you care about your woman, respect her privacy, and not try to control every aspect of her life.

Be kind, loving, respectful and happiness will follow - for you and your special lady! 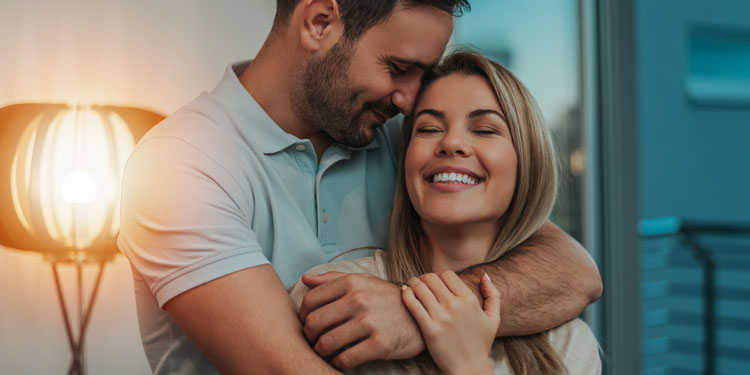 Relationships are difficult and they aren’t a given. They are made by choice, and by becoming better persons to our loved one. Choosing to love and care for your partner doesn’t happen by accident.
It happens because you make a decision to put in the effort to be better than you were yesterday. And, to make a relationship work, you need to change your thinking from, “It is what it is,” to “I am committed to change it.”
Most relationships don’t work out because one of the partners was unwilling or unable to do something about their situation. If you are one of those men who says, “It is what it is,”, or “I just know better” than this article is for you.
The bottom line is - men have different feelings, opinions and view of life than women, and overall, it is a good thing, but it also means that mistakes will be made. So it is all about, do you wish to learn from your mistakes?

As always, feel free to read other relationship tips and look around our store to find some thoughtful and sexy gifts for couples. 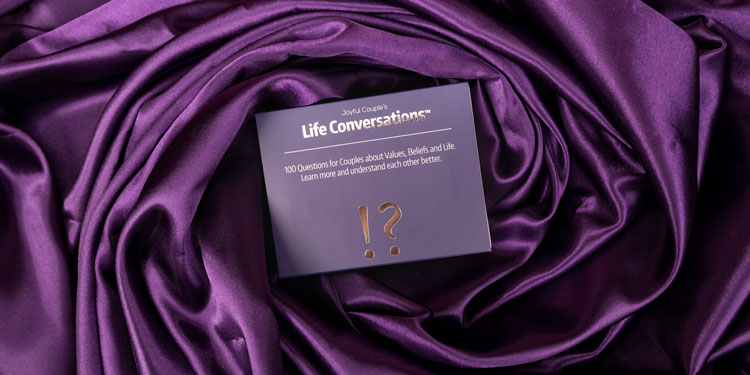 We would love to hear from you!

Do you or your partner make mistakes in your relationship?
Maybe, we missed an important common mistake men make in relationship?
Leave your thoughts in the comment section below!

- Most common mistakes women make in a relationship

- 13 Crucial conversations every couple should have

- Timeless tips how to make your relationship last

Back to Blog and Tips Love is exciting, fun, and electrifying, but sometimes it can raise many questions. Read on and find out 50+ popular questions about love and relationships.

A change of pace is a necessary part of a relationship, so try this 14-day challenge that you can do with your partner - at home.

Reconnect after a fight

Disagreements in a relationship are inevitable, so we must learn how to get past them and build stronger relationship in the process